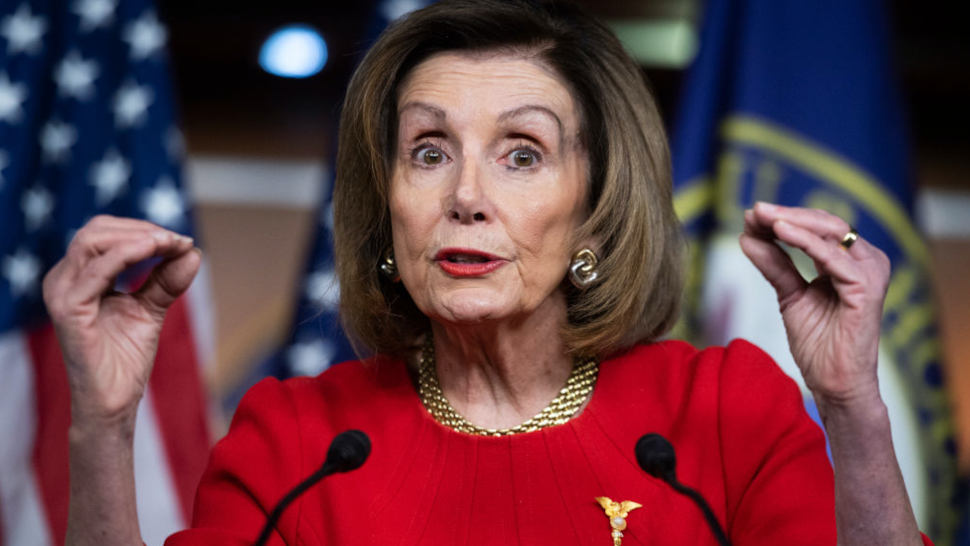 “American leaders’ highest priority is to protect American lives and interests,” the Democrat leader posted via social media hours after the Soleimani-kill was confirmed. “But we cannot put the lives of American servicemembers, diplomats and others further at risk by engaging in provocative and disproportionate actions.”

American leaders’ highest priority is to protect American lives and interests. But we cannot put the lives of American servicemembers, diplomats and others further at risk by engaging in provocative and disproportionate actions. https://t.co/o0R8YVJMNW

Soleimani, a man responsible for the deaths of hundreds of Americans (an estimated 608), was killed in a Trump-ordered airstrike carried out on Friday near Baghdad International Airport.

“Soleimani was the head of the Iranian and Iranian-backed forces carrying out those operations killing American troops” during the Iraq War, Fox News reported. “According to the State Department, 17 percent of all deaths of U.S. personnel in Iraq from 2003 to 2011 were orchestrated by Soleimani.”

Moreover, as reported by The Daily Wire’s Ryan Saavedra on Friday afternoon, Soleimani was in the process of “coordinating” attacks on U.S. personnel, according to the State Department

“We can confirm that in the past several days, General Soleimani had been traveling in the Middle East coordinating further imminent large-scale attacks against U.S. diplomats and service members. These threats were highly credible and the intelligence is sound,” the State Department said.

Pelosi continued to attack the Trump administration, ripping the president for killing the dangerous terrorist without consulting Congress.

“The Trump Admin has conducted strikes in Iraq targeting high-level Iranian military officials and killing Iranian Quds Force Commander Qasem Soleimani without an AUMF against Iran,” wrote the California rep. “Further, this action was taken without the consultation of the Congress.”

In the past, however, Pelosi did not have an issue with President Obama executing the disastrous Iran Deal without congressional approval. In fact, the Democrat called it a “diplomatic masterpiece” in 2015, according to USA Today.

“Former national security adviser Ben Rhodes, the architect of the Iran nuclear deal, purposely structured the JCPOA as a treaty that was not a treaty because he and his boss, President Obama, had no intention whatsoever of doing with the JCPOA what the Constitution mandates for all treaties, which is to obtain the approval of two-thirds of the Senate,” explained National Review writer Kyle Smith on Friday. “Rhodes and Obama simply rammed through what was in effect a treaty without seeking the approval of even one Senator.”

“Team Obama overthrew Qaddafi, failed to protect our Benghazi embassy, lied about it, and withdrew. Then they tried to bribe the Iranian terrorist regime without any strings attached. Now they have advice after Trump defended the Baghdad embassy and killed Soleimani. No,” he posted.

Pelosi wasn’t the only high-profile Democrat to attack Trump for killing one of the most dangerous terrorists in the world. Far-left Rep. Ilhan Omar (D-MN) claimed Trump is trying to start a war with Iran to help him win reelection:

ELIZABETH WARREN SAYS GOVERNMENT SHOULD BE ALLOWED TO CONFISCATE CITIZENS PROPERTY Obama, Pelosi Team Up To Take President Trump Down In 2020