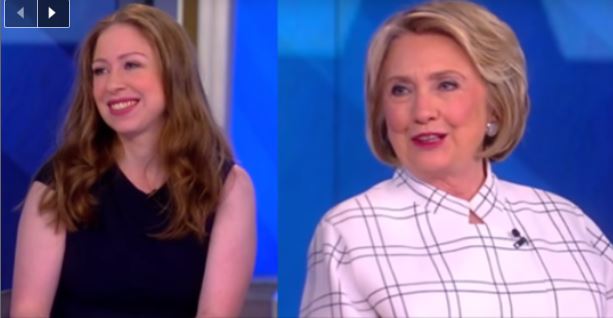 Get ready for another Clinton to disgrace the national political debate with her mere presence. Chelsea Clinton who has hinted she may run just got an open slot.

Last year when asked if she would run for office Chelsea said point-blank,

“I think if someone were to step down or retire and I thought I could do a good job and it matched my talents, I’d have to think if it’s the right choice for me.”

If you remember Hillary carpet bagged herself into a Senate seat in a similar manner and all of a sudden one of the most powerful Democrats in Congress is stepping down paving a path for Chelsea?

If you believe in coincidences and the Clinton’s you have not been paying attention for the last 30 years.

From NBC: Rep. Nita Lowey, D-N.Y., said Thursday she wouldn’t run for re-election next year, bringing to a close a career in Congress that spanned more than three decades.

“After 31 years in the United States Congress, representing the people of Westchester, Rockland, Queens and the Bronx, I have decided not to seek re-election in 2020,” Lowey said in a statement.

“I am proud of the help my office has provided to thousands of constituents on matters ranging from health insurance and veterans’ benefits to Social Security and student loans,” Lowey said.

“Thank you to the people of my district for the opportunity to serve,” she added. “I will continue working as hard as ever – with the same optimism and energy – through the end of this term in Congress.

Lowey’s district won’t be in any danger of turning red as it’s located in a Democratic stronghold and she won her most recent reelection 88 percent to 12 percent. There’s previously been chatter that Chelsea Clinton, daughter of Bill and Hillary Clinton, might be interested in the seat.

Those news reports have speculated the youngest Clinton might run for the 17th District seat after Lowey’s retirement, and the Clinton’s hometown is Chappaqua, which is currently represented by Lowey. Clinton has been an outspoken critic of President Trump since her mother lost to him in the 2016 election and would likely have the highest name recognition of any Democratic candidate for the seat were she to run.