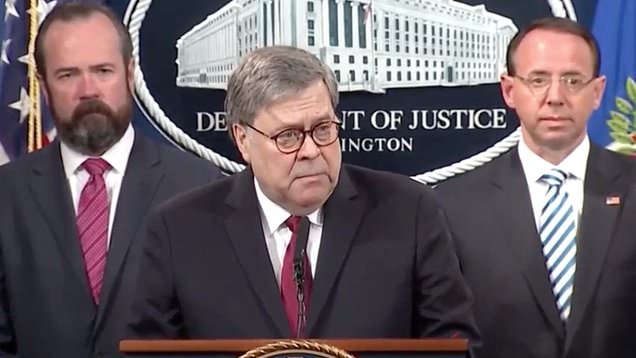 Hillary Clinton is nervous. Hillary Clinton should be nervous as Bill Barr has reopened the investigation into her unethical and certainly illegal behavior.

Just having a private server to avoid FOIA laws should be illegal? or at least deserved some punishment. But not Hillary – and look it sets a bad precedent.

We now have Jared Kushner basically doing the same thing with his use of encrypted apps to communicate with world leaders and who knows who else.

The point is Hillary’s arrogance started this – she set the precedent and to protect the American people we need answers – and not just on her secret communications on everyone who works for the government as they ultimately work for us.

From Breitbart: “It’s a witch hunt. It’s a real one, unlike the kind of things Trump talks about,” Clinton told NowThis News of the probe.

“It is meant to raise the specter about my emails, which were investigated endlessly,” she said, bashing the inquiry as “crazy like a fox.”

“If the Republicans and Trump and his supporters in the media can muddy the waters and raise all kinds of crazy conspiracy theories, then maybe people won’t pay attention to the danger he poses to our country,” she added.

The Washington Post reported on Saturday that State Department officials have informed up to 130 Clinton aides that they were found to be “culpable” of handling information that was classified lower than they should have been when transmitted through the private server.

“This has nothing to do with who is in the White House,” affirmed another official. “This is about the time it took to go through millions of emails, which is about three and a half years.”